The Liberated Bride is the first book by Israeli writer A.B. Yehoshua which I have read. It is very…. mundane? (if that is right word) in the way it follows the everyday life of Yochanan Rivlin, a middle-aged Orientalist professor in Israel over a period of time in great, sometimes maybe even excessive detail and mostly retains a very matter-of-fact tone. 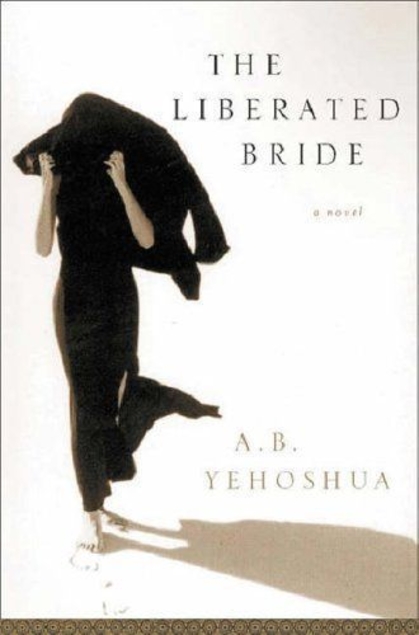 There are hints that there is more going on underneath the surface, mostly provided by descriptions of several art performances the protagonist visits which take on a tendency to become self-referential discourses on what the novel one is currently reading is (or may be) doing.

Unlike what appears to be a majority of Goodreads commentators I did not find the protagonist unlikable at all – certainly he has his foibles and weaknesses, is a bit of narcissist and egocentric and probably not nearly as clever as he thinks himself. But Rivlin is trying, and trying hard to be a good person, and I found his love for his wife and sons – as misguided as its expressions may sometimes turn out to be – to be genuine and quite often even genuinely touching. I would even go so far to say that its protagonist is probably the main appeal of the novel: Yehoshua does a great job at portraying someone very human who tries to do well by everyone but is struggling not just with his own all-too-human weaknesses but with attempting to make sense of the way today’s world is and has become what it is, especially the knotty and generally unhappy situation in the Middle East of which there (naturally) are many lengthy discussions inside this novel. In fact, there is in general quite a lot of incorporation of extraneous material here, some of it fictitious, some of it real (like discussions of Edward Said’s Orientalism or a visit of the protagonist and his wife to a Japanese film which turns out (to my great joy, as he is one of my favourite directors) Hirokazu Kore-eda’s After Life.) The Liberated Bride is a long novel, and even so it gives the impression of being crammed full and overfull with all kinds of stuff. This can get irritating during reading, and more then once I frowned at the page when it presented me with yet another barely related episode or totally unrelated narrative or poem.

In retrospect, however, I think that this is probably a deliberate strategy: The wealth of detail which populates the novel keeps it from becoming flat or even just one-dimensional, all the various narrative threads jostling for space turn what would otherwise be plain realism into something different, the constant shifting and oscillating results in creating a third dimension which itself oscillates unsteadily between a dream-like, sometime almost hallucinatory state and political allegory. The result is a very weird mix, a reading experience which I can only describe as “slippery” and which, while admittedly often discomforting, in the end I found quite fascinating. So while The Liberated Bride is worth reading just for its portrait of a man trying to make sense of our contemporary world and to lead, to quote Adorno’s famous phrase (which I am not even going to try to translate), “ein richtiges Leben im falschen,” the novel’s ambition clearly reaches beyond that and – leaving simple realism behind even as it continues to employ realistic techniques – unfolds into a panoramic view of at least the Middle East if not the global human condition at the end of the twentieth century.